This Really IS Us: Why The Beth & Randall Drama Hurts So Much 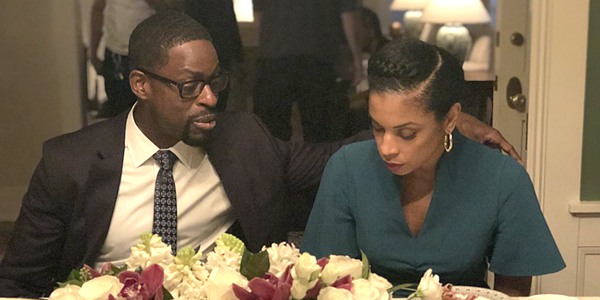 SPOILER WARNING: If you haven’t seen the March 19th episode of “This Is Us” and are a regular fan, please don’t continue reading.

That final sentence was the shot heard around modern dramatic television this week. In a split second, Randall Pearson, the character we’ve all come to know, love, and now question on NBC’s hit drama “This is Us,” lost his doggone mind when he left his wife, the beloved Beth Pearson, the nastiest voice mail in response to her not joining him at a business dinner. The tension due to their increasingly manic schedules is at an all-time high, and it’s clearly tearing at them.

Mind you, the insistence on Beth’s need to grow up came from a man who quite charmingly demands that Thanksgiving be the same way every year, even though his traditions were born out of a series of mishaps during a childhood trip to visit his critical grandmother for the holiday (but that’s a saga for another time).

This is also the same Randall who decided to run for public office (and won!) after buying an apartment building with major issues (with said immature wife). Oh, and let’s not forget he brought his stranger of a biological father home to live with his surprised family until his unfortunate passing due to cancer.

That same, supposedly inconsiderate wife stood by his side through it all, even the issues that I didn’t have time to mention in those packer sentences.

The funny thing, though, is that I don’t have time to verbally assault Randall the way he did Beth. Believe it or not, you may not, either.

Marriage does a lot more than give you a spouse; it also provides a living, breathing mirror for you to see yourself 365 days a year. Sometimes, the reflection is our loving nature, our humor, or our talents. In other moments, our callousness, inability to be on time, or a glaring entitlement schema shows up, staring back at us like the mysterious doppelgangers in Jordan Peele’s latest film.

However, there are no golden scissors here. The deadliest weapons we own are our egos.

But, this is no set or shooting location. There are no directors to cut our ugly scenes or writers waiting to tweak the lines we screwed up. We live and love throughout our relationships like wrecking balls one minute and angels the next, embodying our partners’ dreams and nightmares, and we do it with eternity bands around our fingers to remind us that this should be forever. “Forever” is far too long when dysfunction enters in, and love feels like an earthly hell.

That said – stay with me on this one – maybe Randall’s onto something. Now, this is NOT to excuse his behavior, which has gone on in some form for 3 seasons. Despite his half-calculated, half-off-the-cuff comments to his wife, the ending is what many of us need to remember in a different way: to grow up. This is why this episode likely feels so personal; we see our spouses or significant others and, if we’ll admit it, we see ourselves.

We see the times we kept pushing aside those “something isn’t right” feelings when arguments were abandoned versus resolved due to fear or a reluctance to stand up for ourselves. We see, as in Beth’s backstory episode, our own dreams that we left dormant when hardship kicked the fight out of us. We can also see all the times we might’ve let someone else down with our grand needs and fragile abilities that only allowed room for perfection.

This may be us, but it doesn’t have to continue.

We have to do the work to heal so that we’re not bringing our brokenness to others with a silent demand for them to fix us. If a popular antique store was robbed and the thieves, in their blatant disregard, smashed pricy porcelain and china figures as they got away, would the shop owner expect his paying customers to clean the mess? Of course not. It would be his job to do the massive cleanup, regardless of his disappointment or anger over this situation.

We’re the shop owner in this situation. We’re even Randall or Beth, and there’s a lot to unpack with those two. There’s all kinds of issues in our marriages, friendships, and other relationships that didn’t start overnight; they festered over time and were fed by our unwillingness to address them when they first appeared. If we want to get the debris out of our lives, we need to start cleaning and be patient through the process.