The Lesson Michelle Williams Just Taught Us All 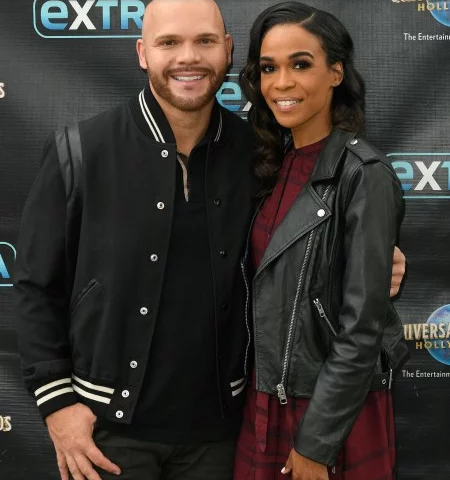 Singer Michelle Williams has been known for a lot of things. She was (is) 1/3 of one of the most successful singing groups of all time, Destiny’s Child. She’s released four studio albums and performed for millions of people around the world.

The accomplished Ms. Williams is also no longer getting married.

We watched as “Chad Loves Michelle” debuted on the OWN network this fall. When the trailer was released, the show’s premise was clear: Michelle and her then fiance, pastor and professional sports chaplain Chad Johnson, allowed viewers into their lives as they prepared for life together as a soon-to-be married couple. However, how soon that wedding was to be became an unanswerable question.

It was easy to cringe, sigh, and smile with Michelle and Chad as the episodes continued. They were a sweet and loving couple, but the relationships seemed to decline as they went through premarital counseling, spent time with Chad’s family, and discussed whether or not a date was going to happen. Michelle bravely mentioned that the show was taping shortly after her release from a mental health facility that she checked into stemming from issues with depression. Fans cheered for her transparency, even as she and Chad seemed to run into “mountains”, per Chad’s description, as they got closer to a wedding date. We wanted her to win as she rounded the talk show circuit, promoting the show and declaring her love for life and her future husband.

Today, that ended as Michelle posted these words on her Instagram page:

“I still remain fearless. I guess I still remain single! Things didn’t work out. The healing that needs to take place is a must! I don’t wanna destroy another relationship. Blessings to him, his family, and his ministry. #FEARLESS”

Of course, some on social media were instantly critical, saying the relationship fell apart “because he’s white” and “it was a white man, what did she expect” – all clearly very sweet comments (*insert eye roll here*). Unfortunately, all the negative commenters missed the biggest lesson from Michelle’s post that taught fans and foes alike:

“The healing that needs to take place is a must.”

We only want to be bosses these days. Every photo has to be filtered while our hair is perfectly styled, our contoured makeup is #flawless and if we didn’t broadcast live from whatever event we attend, it didn’t really happen. We’re “yaaaass”-ing and “what you NOT gon’ do”-ing (*must insert staccato handclaps between words*) our way through the end of the 2010’s with FIRE, hunty!

But, are we really okay?

Managing our mental health is crucial, but the truth of that statement gets praised or skewered depending upon who you talk to these days. Problems aren’t confined to tax brackets or skin tones; they reside in all of our neighborhoods. Michelle and Chad took a leap of faith in deciding to get married, and there’s no sin in saying “I don’t” before the chance to say “I do.”

Self-care is far more than spa visits and day trips. It’s also knowing your capabilities, honoring your limitations, and speaking up when something is wrong. However the former couple decided to do it, Michelle and Chad concluded that the relationship shouldn’t continue. At some point in our lives, we all have something that requires acknowledgment of a problem, confrontation, and the time and willingness to heal.
What is there to mock within that?

The healing that needs to take place within all of us – no matter how large or small – is a must.