Why The Death of Kim Porter Impacted So Many 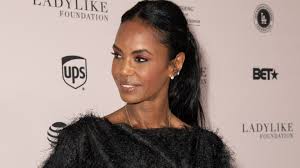 Death discriminates against no one. While our world is separated by many languages and personal preferences, it is one of the life experiences that unites us all. Last week, a particular death impacted millions of people – and some of us are still wondering why.

On November 15th, 2018, news outlets began to report that Kim Porter was found dead in her home in California. This was breaking news across many entertainment sites because Porter was the ex-girlfriend of uber-entertainer and businessman Sean “Diddy” Combs. For over a decade, they were on magazine covers, television screens, and red carpets alike, loved by crowds and idolized by fans who adored them and their three shared children.

The Camelot-esque image came crashing down, however, when Porter famously separated from Diddy, moving everything she wanted – including their twin baby girls and their kitchen table – out of the home they shared when a combination of factors ended their relationship. Many women celebrated her boldness in an “I Am Woman” kind of fashion. We continued to watch as the former model opened businesses, co-parented with Combs, and lived in and out of the spotlight with an effortless grace.

Still, for those who didn’t know her personally, why did so many say “I don’t know why I’m so sad” at her passing? Several statements like these filled the Comments sections of various Hollywood news website stories about Porter’s death. Why would those who never had a friendship let alone a personal exchange with a celebrity speak out so strongly when she passed?

Several reasons come to mind, but one stands above the rest.

Kim Porter remained true to herself throughout life’s unexpected changes. Her glow didn’t dim due to the circumstances she faced or the company she kept.

As tributes from Porter’s friends and family began to fill Twitter and Instagram, she was continuously described as a person you felt honored to be with due to her loving presence and appreciation for life at any time. She didn’t let her newsworthy breakup or any changes in her career and personal life affect the essence of who she was.

How many of us can say that – honestly? For some, a failed marriage at 25 can affect us negatively through our 50’s. A business venture gone left for a new entrepreneur may send them permanently back to an employer’s cubicle. A soured friendship can deeply scar people with trust issues that lead to self-sabotaging any potential relationships in the future.

It’s popular now to say “I am my team,” but it’s far better to be your biggest advocate. While no one may fight for your dreams like you, you can’t expect to succeed and always function as a party of one. We were built for collaboration and companionship that goes far beyond romance.

No matter what happens, don’t limit yourself due to what wounded you. Commit to healing, even eliminating statements like “I don’t need anybody” and “you can’t trust anyone out here.” If that’s the case, well….no one can trust you, either.

Today, Porter will be laid to rest in her hometown of Columbus, Georgia, but her legacy will continue to thrive through her loved ones. So, I ask a potentially uncomfortable but real question of all of you: what will people say about you when your time here ends? Will they eulogize you with powerful words about what you became, or mourn the enormity of your life that never manifested?

May the highest vision for your life be the greatest story people tell in your absence.