When The Tea Is Scalding: 4 Urgent Lessons to Take from The Rob K./Blac Chyna Feud 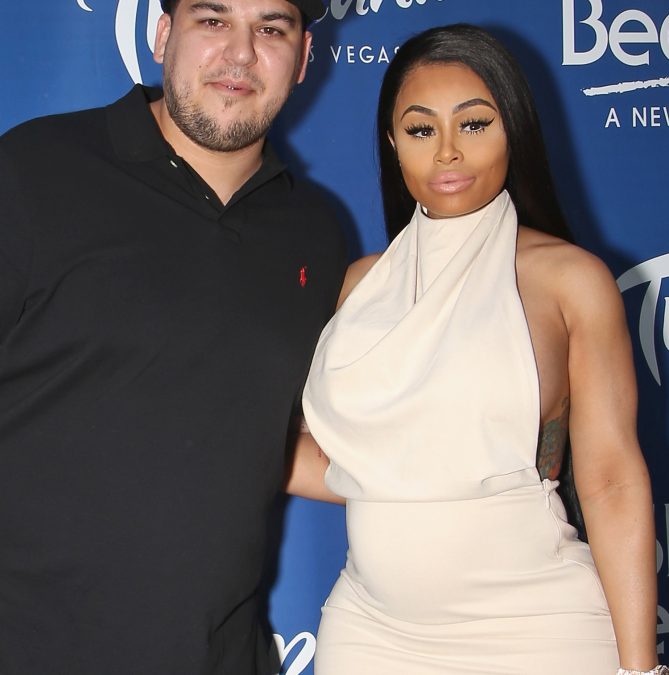 If you have taken so much as a passing glance at social media today, you’ve seen at least one headline about the on-again/off-again celebrity couple and co-parents, Rob Kardashian and Blac Chyna, about their public feud over the other’s private behaviors.

“Why should I care?” Well, unless you live for this sort of mudslinging, it doesn’t directly affect you nor should it. However, the purpose of my blog is always to come from a “what can we learn from this?” position, and today’s e-debacle is no different.

1. Your Private Relationship Needs Boundaries, Not Broadcasting
Heartbreak is an untamed beast. Anyone who’s ever loved and lost anything from a boyfriend to a business deal knows this. However, your personal pain does not need to be your public Facebook post. Yes, there are times when sharing what you’re going through can benefit others by serving as a cautionary or educational tool. When the situation involves too much of your life behind closed doors, though, you have to put an instant filter on what to disclose.

Let’s do some quick math to illustrate this:

That’s a maniacal merry-go-round if I ever saw one. Do yourself and those connected to you a favor and exercise selectivity about what to share and what to keep in the vault.

People in recent years have lost everything from jobs to college placements due to their actions. More than just your friends and family see what you post. Even if you have a private account, your comments on a provocative meme can be viewed by whomever. Even if you have a trustworthy friend at the office, their timeline can become a time bomb if that relationship goes south and you’ve “let it all hang out” there. You never know who may choose to not to sign a contract or enter into a partnership with you if your free speech is a bit too flagrant for their taste.

3. You’re Killing Potential Relationships Before They Start
In one of his Instagram tirades against Blac Chyna, an embittered Rob mentioned he’d spent “about 1 million alone in the last 2 months” on lavish items for his former lady love.

First of all, WOW.

Second, this is not meant to serve as an indictment of Mr. Kardashian, but he just told the world that, with doubt and drama still a part of the picture, he will invest almost endlessly in the woman he wants. The string of messages he spewed out this morning left many questioning his maturity, common sense, and psychological state.

Because what’s put on social media can last forever, Rob will have a difficult time rebuilding himself. He could reinvest some earnings into a new venture and make millions, but the aftermath of this e-war, so to speak, requires a makeover on his mindset. Why? He’s a target for manipulators and gold diggers who know how to spin a sweet story to lure the unsuspecting. You can’t effectively guard your heart when there’s unacknowledged shrapnel in it; you’re damaging yourself from the inside out. Even worse, you can’t protect any of your assets (physically, financially, or emotionally speaking) if you’re unaware of your worth in the first place. As for your future, who knows what genuinely kind soul you might scare off later if you don’t make changes now?

Bottom Line: we all lose at some point. However, when you take an “L,” do it in silence, not by speakerphone.

4. Change Whatever Kept you Chained to The Negative

At some point, we all (hopefully) wise up. After growing up comes the “glow up,”  the reinvention of your outward self to match your inner development. That’s excellent! Just make sure Management sweeps through your circle as well, or that means nothing.

Listen, the best haircut after going through hell is useless if the people around you drag you back into the flames. I’ve heard many people mention how they can’t wait to leave troubles behind when they’re relocating to a new city, but like a horror movie, they don’t realize they’re taking ghosts with them. Bad habits haunt us until we exorcise them out of our lives, and, sometimes, that can take immense effort. In the end, the dedication to lasting change is always worth it. You may have to delete quite a few numbers in your cell phone contacts. You may even have to walk alone for a while. Make no mistake, though: the sacrifice will priceless when your life practically shines from all the work.

Rob may have been dealt some lemons today, but let his tart experiences be lemonade for you. Silence will always be golden and far sweeter.