After The (Purple) Rain 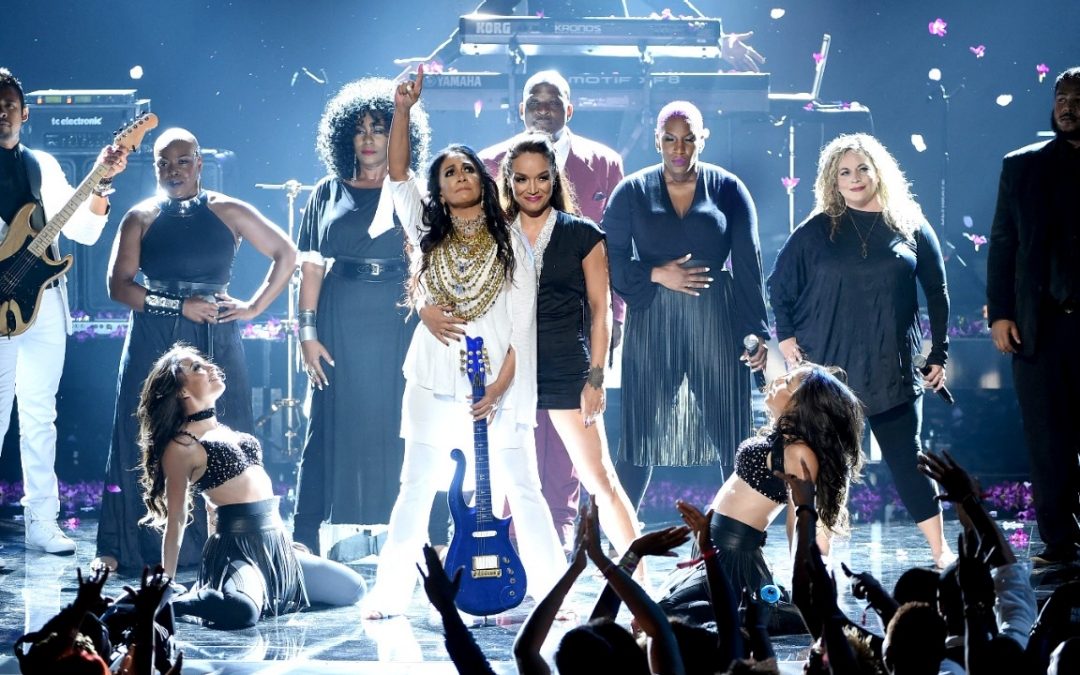 Some of the entertainment world’s biggest and brightest stars shone brightly Sunday night at The 2016 BET Awards. Millions were gathered around TV screens, dancing, singing, and even crying as artists ranging from Janelle Monae to Stevie Wonder paid tribute to His Royal Badness. It was, in a word, exhilarating.

But, it was a moment after the music ended that took my breath away.

Sheila E., a longtime friend of Prince and outstanding musician, stood triumphantly on center stage, holding a Love Symbol-shaped guitar high above her head post performance. Mayte Garcia, Prince’s former wife and backup dancer/choreographer, stood at her side in solidarity, one arm around Sheila’s waist. Seconds later, Sheila dropped her head, full of emotion. If you paid attention, it brought the slightest hush to the otherwise roaring auditorium.

My hope is that it quieted all of us as well.

Prince Rogers Nelson is one of the most recent deaths in a string of notable figures who left us unexpectedly. David Bowie, Maurice White (of Earth Wind and Fire), Natalie Cole and Muhammad Ali are some of the most recent giants whose deaths either stunned, saddened, or silenced us into trips down our respective Memory Lanes. Their music provided the soundtrack to our childhoods and adolescence. Their quotes, personal style, and political stances pushed us to see the world and ourselves differently. It’s dizzying just to think of the sum total – the life, humanitarian efforts, inspirational abilities – of each person who’s died, but there’s something even higher and perhaps more sobering than that.

What are we going to do now?

I don’t say that from a place of despair or hysteria. My question comes from noticing the ease with which we post video clips, snippets of song lyrics on Twitter, and switch our social media profile photos for a head shot of our dearly departed favorites to show respect. After our public declarations of love and disappointment over their losses, what are we going to do? After the radio dedications slow down, how do we make what these pioneers of industry stood for actually last?

Well, simply put, we start by acknowledging that it’s our turn now. If there’s anything I’ve learned over the last year, it’s that mourning the death of someone does not give us the permission to “go” with them. We can find solace in the legacies that these modern legends leave behind. Each of their bold steps and periods of renewal leave blueprints about how to live larger and with greater dedication to doing what we intrinsically do best. We may not be able to fill stadiums, sing to sold-out concert halls, or be heavyweight champions, but we can decide to divorce ourselves from mediocre living. We can stop burying our dreams when life slams us a bit harder than expected and avoid using “Plan B’s” at the first sign of fear or hint of failure. If that sounds unrealistic, just remember the stories from Bronnie Ware’s bestseller “The Five Regrets of the Dying.” The most common regret, you might be wondering?

“I wish I’d had the courage to live a life true to myself, not the life others expected of me.”

Now – not tomorrow or the next New Year – is the ideal time to start building that courage and living a more explored life. One of the best reasons why is exemplified through Prince’s own words, of course: because nothing compares 2 u.